As an academic sponsor of up coming Fascia Research Congress, Cerap promotes introduction conferences and workshops which can help understand the importance of the recent findings and discoveries on fascias. This text is the introduction to Guimberteau's introductive workshop, given day 1 evening

In Search Of Our Interior Architectures

This conference  is the culmination of 20 years of intratissular endoscopic research carried out during more than 1000 surgical procedures.  I will have time to show some of the images I have obtained during my exploration of living tissue, to explain them, and to discuss the world under the skin that is far from simple. Intratissular endoscopy provides a different view of the microanatomical structures and the architecture of living tissue, revealing how the fibrillar network extends throughout the entire body.

I will have time to share the beauty of the images and to slowly address fundamental questions about tissue continuity inside the body. It is important to understand that the fibrillar network is one of total tissue continuity. This enables us to visualise our body as a ‘global’ structure with a specific, three-dimensional architecture made up of elements that, while fragile, have a stubborn capacity for adaptation. This suggests that there is an architectural system for all living organisms, whose role is far more important than simply connecting things, but on the contrary is actually constitutive. We can then discuss the continuity of living matter and its global character, and question the mechanistic view of a body assembled from spare parts. Unicity or multiparity?

With enough time, we can share  the difficulty involved in moving away from the tranquil certainty of rationality to enter a world of fractals and apparent chaos. In so doing we move away from the rationality of Newtonian physics to approach the shores of Quantum Physics. We will discover that this apparently chaotic fibrillar disorder, together with tissue continuity, ensures the efficiency of the living organism.

Finally, with time, we can begin to appreciate that although Nature is a symphony of fragility and complexity, it is gradually becoming more comprehensible. Inevitably, observations using ever more effective optical procedures, as well as other new techniques, will bring about further changes in our perception of the world of living matter and challenge conventional beliefs.

The simple act of  lifting the skin, watching it stretch and then return to its original position when we let go, immediatly recovering its original shape and texture,  is certainly very banal but many questions arise when you think of all the elements involved in this process.

Observation of living matter with an intratissular endoscope allows us to contemplate the world beneath the skin from a different angle, and to  provide an explanation for flexibility and elasticity, for which there has been no satisfactory physiological explanation until now.

The same applies when you consider flexion and extension of the fingers and think of all the structures  involved in enabling the progression of the flexor tendons in the the palm with no visible external changes at the surface of the skin.

For decades , scientific explanations have been  limited to the notion of the concept of elasticity or the existence of loose connective tissue , stratified , hierarchical layers with a virtual space between them. These biomechanical theories are all very vague. These concepts, based on observations from the last century, have never been debated and are considered as acquired truths.

For over 50 years, scientific research has been carried out almost exclusively at the microscopic and macroscopic levels. The intermediary mesoscopic level has been ignored. The classical doctrine is: connective tissue  is connective , provides the link between the vital organs and, as it seems to be mobile, ensures mobility  and elasticity.

Furthermore, this connective tissue is not considered as 'noble' and is neglected by surgeons and anatomists because it is very fragile. It is difficult to dissect  because  it is not dense enough .

Surgical dissections in these areas, such as separation or undermining are easier. For example , very often with his index finger , the surgeon, collapses these structures - with no regard for them - in order to gain access to the bony structures. What we call surgical  planes are in fact created by the surgeon's scissors and undermining,  but in reality, they have no physical existence. These surgical planes do not exist in living tissue.

In fact, careful observation reveals that connections are present within a real connective tissue and histological continuity, with no clear separation between the skin and the subcutaneous tissue, vessels , fascia and muscle. Tissue continuity is total.

During all those hours of surgical observation using a contact endoscope to film high resolution video sequences of the connective tissue and sliding systems, I came to realise that this much neglected connective tissue is essential, and perhaps even plays a structural role in the body. It is not a 'secondary'  tissue, simply filling gaps between organs, with no essential function -  a simple inert packing tissue as is traditionally thought. I have studied this tissue organization carefully for 15 years, searching  to understand how it is structured.

I discovered a world of fibers and fibrils of different diameters, shapes and forms - ropes, cables, shrouds, veils, and sails. I have called  this fibrillar framework  the Multimicrovacuolar Collagenic Absorption System (M.V.C.A.S.) because it allows simultaneous sliding and force diffusion without damage to the fibers. This system is of chaotic and irregular organization, operating in a way that is far removed from traditional mechanical analysis. Intratissular endoscopic technology reveals a world under the skin that is not arranged in a regular and orderly manner as everybody would  like to think . This interior  architecture is composed of  a myriad of collagen fibrils , organised in an  irregular and  fractal manner  and woven in the three dimensions of space. From a  biomechanical point of view, this network has interconnections whose behavior is non-linear and allows optimum adaptation to mechanical stress. Each intertwining of this system forms a small volume - a functional unit, the microvacuole, whose shape is  fractal irregular and polyhedral.

These  microvacuoles in the MVCAS are  filled with glycoaminoglycans. They act as a system of absorption with varying pressure but a stable volume. They are found throughout the human body. This system has its own dynamic behaviour consisting of very specific movements between fibrils - stretching , division, sliding of one fiber along another fiber - to create an extensible and mobile interior architecture in 3 dimensions. The dynamic behaviour of this  multimicrovacuolar system – made possible by varying degrees of preconstraint and the fusion-fission division of the molecular system of the fibrils  - enables all the potentialities of movement within the body, combining mobility , speed , interdependence and adaptability.

This  fibrillar organization is found everywhere in the body and in each specific type of tissue. It appears to be an ideal intertwining of fibers, fibrils and micro fibrils with microvacuolar spaces which are inhabited by cells to varying degrees. It provides us with a structural rationalism.

The sliding tissue - in fact the connective tissue - seems to provide the global structuring framework of the body. The connective tissue is therefore not only 'connective'. It is also the constitutive tissue. A more holistic view is therefore required. Thus, a true new structural ontology can be developed using this basic functional unit - the microvacuole – which can be considerd as an intrafibrillar microvolume  responsible for shape, form and dynamic behaviour. However,  this basic volume is not a fixed entity. It is not virtual, but transitional, and may change, disappear and reappear. Individual fibrillar behaviour is part of a global, non-linear, but coherent ballet within living tissue.

The fact that this can be observed in all living structures, and on many levels gives rise to a fundamental question: Does this fibrillar  architecture provide a structuring framework for life? It is this concept of intracorporeal tissue continuity, and not that of spare parts attached to each other, which must be retained.

The concept of the microvacuole is fascinating because it helps to explain how the intracorporeal space is filled. It helps us to understand how water spreads within the body, thanks to the microvacuolar volumes . Moreover, it provides an explanation of the resistance of the intracorporeal tension to  gravity. The architectural framework of living matter is composed of fibers and fibrils . It is the result of microvolumes formed by the intersection of fibrils in all three dimensions. These microvolumes are inhabited by cells to a greater orlesser extent. In some areas they only contain glycoaminoglycans. Their function within the global architectural framework of the body is highly specialised and varies depending on which part of the body they are found. However, all these fibrillar and microvacuolar elements, even when their distribution seems chaotic , are not arranged haphazardly. They always occupy space optimally. The polyhedral and irregular shape of microvacuoles and cells facilitates this spatial arrangement and the basic physical laws are the major actors.

However, once again, deterministic chaos reappears. The organization of the fibrillar framework is irregular and fractal, with unpredictable mobility, but within a dynamic context  that is not meaningless. The introduction of  irregularity , chaos and unpredictibility, can be considered as intellectual violence  when we know that it affects living matter. Must we therefore conceal chaos and efficiency?

The acceptance of the microvacuolar concept also helps to define the state of  living matter matter in pathological circumstances such as edema , inflammation , obesity , growth and aging. It also helps to understand the healing response and opens new avenues for improving our techniques in optimizing the flexibility of  scar tissue and limiting adhesions.

These observations encourage a global vision of the body, and the interconnections between the structures within the fibrillar architecture, from the cell to the surface of the skin. But this new scientific approach requires us to discuss and debate certain fundamental theories and underlying assumptions underpinning current anatomical knowledge. Firstly, we have to accept that Cartesian order, rationalism and positivism are  not the only theories that can explain efficiency. Pseudo-chaotic dynamic behaviour that could be defined in physics as a non - linear, but non - hazardous, behavior, is found throughout the body.  There are some differences depending on the  functional role of the fibrillar network in different areas of the body.

This endoscopic exploration of living tissue, without minimizing the essential role of the cell, allows us to assign a key role to the fibrillar extracellular medium in which the cells are irregularly embedded.

But at the moment , the perception of living matter is almost exclusively focused on the cell. The extracellular environment has been abandoned. However, the cell can not explain the global shape of the body because it is not found everywhere, while the fibrillar architecture is  everywhere. The cell needs a supporting framework. This structural environment is provided by the fibrillar architecture, which  exists in three-dimensions and across all scales. This must be taken into account.

In conclusion, the connective tissue that is found throughout the body,  from the bones to the skin, tendons and nerves, plays an essential structural role , but is also responsible for the mobility and flexibility of living tissue. The concept of form, the distribution of water in the body, and disease states can also be explained.

This could actually be the constitutive tissue, in which cells develop specific activities, rather than mere 'connective' tissue. It would be a significant paradigm shift.

The endoscopic exploration of living tissue, which is in its infancy,  will lead to new discoveries and challenge old dogmas, thanks to new technical improvements.

If you appreciate this paper, please like it and circulate it on facebook ! And if you look for more infos on this, please visit FRC 2015 website 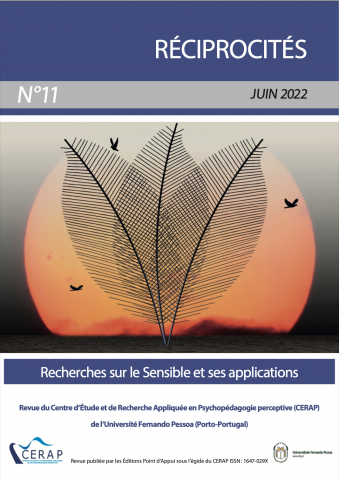